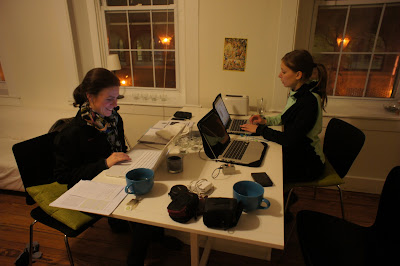 In order to increase our survival rate during this very dark and long semester, Saskia and I have developed two rules.

Enough about bumbi. Since my last (ancient) blog update, much have happened. A few words to describe the passed months:
Football careers
We have celebrated out very first yberamerikanska Thanksgiving playing American football and eating tons of food together with the family of a professor that I work with. I feel a strong future career in football as I started to grap the game just as it was finished.
Swedish fish
Just as the darkness started to approach, we threw a combined midsommar-jul-kräftskiva with Swedish decorations and food á la IKEA in our apartment. Treats included tipsprommenad (quiz walk) featuring Swedish know-hows, sill (pickled herring), pepparkakshus (ginger bread house), knäckebröd (cracker bread) and snapps (that will have to speak for it self). What a night. It was like a huge behavioral experiment where at one point, we got the whole room of 40+ guests to sing Helan Går. Små grodorna (the little frog dance) came out during the after party for which only the coolest people stayed. 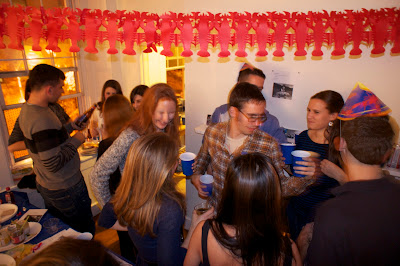 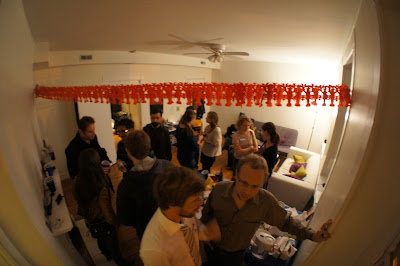 George
For a few weeks, we escaped our apartment and moved down to house sit in Fells Point - an area of Baltimore where you can actually see the harbor and WALK long walks along the waterfront. The house we guarded came with a roommate - George. George is yellow, full of feathers and bites off fingers if you approach him to closely. Gustav says that he reminds him of me - stuck in a cage and eating only seeds and water. I am sure I must have more things in life than that?
Holidays are approaching and Gus and I are preparing to leave Baltimore for snowy adventures elsewhere. The city is getting into Christmas spirit and we have our very own (concrete) tree in the backyard: Baltimore monument. 1st of December is the lightening of the monument and I was able to gaze it for 3 minutes before returning to bumbibears. 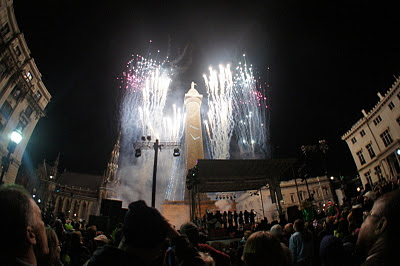 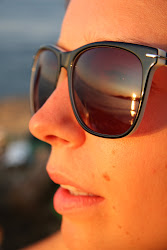 Anna
Gothenburg, Sweden
I'll be spending a year studying a Master of Public Health Science in Baltimore, U.S. A city most people seem to associate with the HBO drama series "The Wire". I haven’t seen any episodes, but apparently it highlights some more criminal (!) sides of my prospective home. So, I figured this blog will be about surviving. Surviving as a foreign student far faar away from home. Surviving graduate school. Surviving Hopkins. Surviving at the wire.